You are here: Home / How To / Coding Conventions: How to Plan Smartly?

Writing up a good code and submitting a running software or application does not conclude how developers work. It requires them to put their most significant efforts into making a code run successfully and deliver outputs.

However, the readability of the code has never been the most priority as the developers are always more concerned about the runtime of the code and its outstanding. 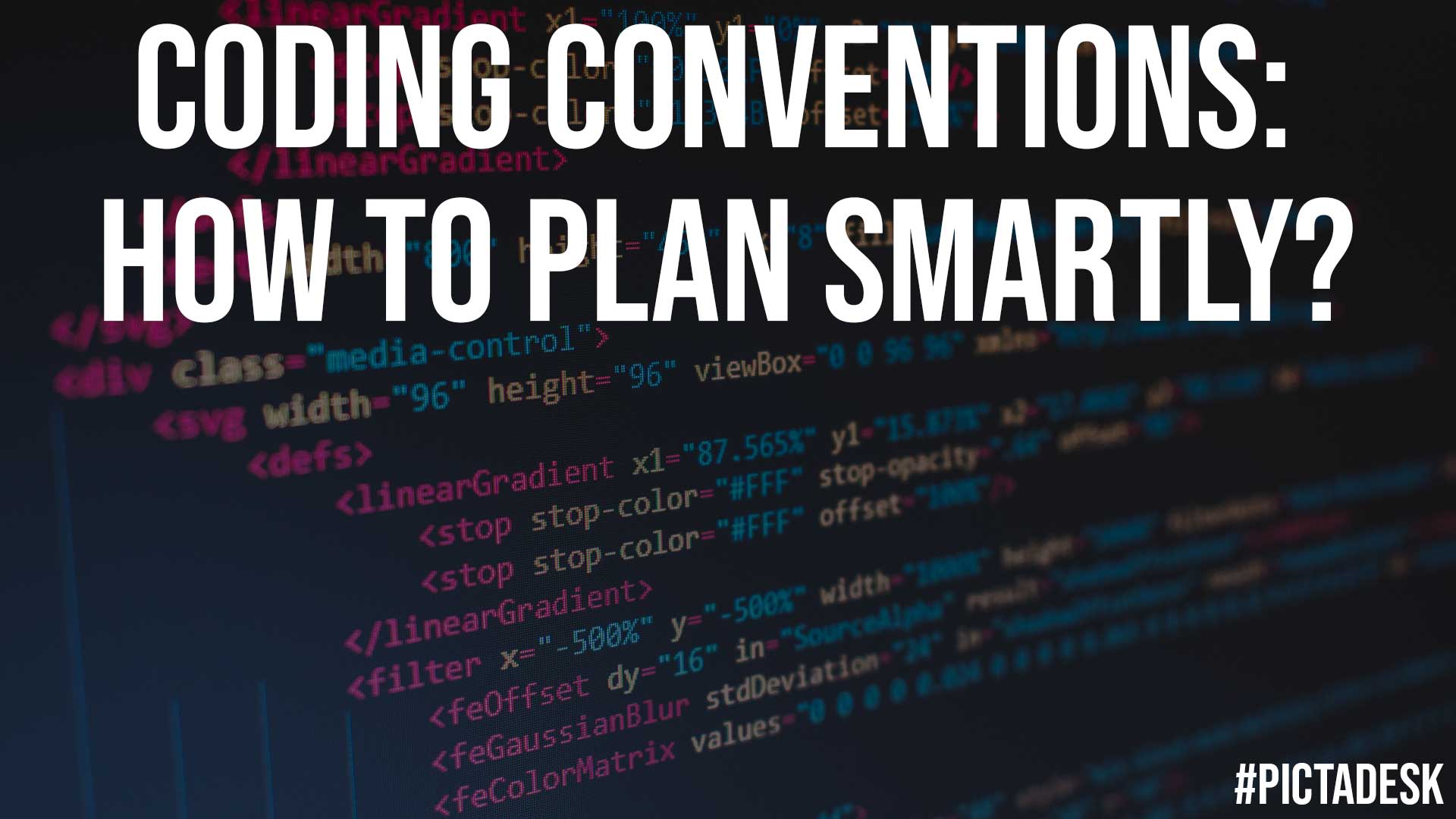 Coding Conventions: A Guide for Developers by Developers

Coding guidelines, coding standards, coding conventions- there are many names used for referring to these rules.

Running a code successfully is the most important task for a developer.

The naming conventions are surely followed when coding, but other required guidelines may not be followed at the time, and once the code runs successfully and desirable output is achieved, the developer focuses on implementing the guidelines on the developed code.

When working in a team, implementing the specified coding conventions becomes more important than ever to let other team members understand your developed code and ensure seamless integration. However, the same is not possible every time.

No matter how much more time is given, the development window will always seem less to developers. In order to satisfy the customer’s expectations and that too on time, the developers work day and night and complete the coding tasks.

However, the next stage follows testing and quality assurance, and to ensure the developed code is error-free, and no bugs are remaining, conducting rigorous testing is required, and it eats up much time.

Therefore, there remains very little time for implementing coding conventions on the development code, and it is generally done as fast as possible to get the project developed within the given time period.

And the problem starts here. If the coding standards are not implemented well, it might create problems in the future when assessing the code later on for any bug fixes and ultimately will be a huge burden to carry.

While completing the assigned goals is necessary, so is implementing the coding conventions.

Implementing conventions will only take up time if not discussed earlier, and if the developer decides to implement them when coding, it makes their tasks a million times easier than before. Well, this is a myth.

Implementation of Coding Conventions Eats Up Much Time

From the beginning of the projects, developers will have to discuss and agree upon the naming conventions to follow and decide the variable names that do not raise any controversies later.

This process can take up much time as it includes the method names, class names, structure names, and whatnot.

For example, if you are crafting an application intended for providing services to Job seekers and employees, the methods (or functions) you plan on developing must not be named the same.

An app like LinkedIn must contain many sections and modules to work upon, and even by the slightest mistake, any method name is kept the same, it can turn out to be a disaster.

Therefore, the developers often prefer to consult among themselves and follow the conventions accordingly.

However, not all will agree on the same point. In essence, following coding conventions require developers to come to a conclusion first and which takes up more time, and hence, mostly it is avoided.

Also, there are other aspects too that are responsible for a developer not following coding conventions.

Coding Conventions Are Not Known

The one to blame here is not the developers only. Often the teaching faculty misses to remind them of the importance coding conventions possess, and hence, the freshers are not much aware of it.

The industry professionals like Sumatosoft suggest taking up an approach that includes support for coding conventions and also an excellent development method.

Understanding the coding convention has become necessary for every developer to get an excellent solution developed that follows every guideline to avoid future problems.

Also Read: Allow a Flawless Look of the Past with an Organized Photo Library on Mac

Following the standards is necessary. Understanding the importance it holds, every development team should keep a separate meet intended to discuss the conventions to be followed and should work accordingly to deliver results.

Moreover, the development needs to be done in a way that lets team members efficiently work together in sync to obtain excellent outputs.