You are here: Home / Internet / Inkscape vs. Illustrator Comparison Guide

The job of a graphic designer is to create content that is pleasing to the eye but also has a rather deep meaning to it. It requires a lot of thinking, time, and effort. There should be something unique in every piece of art to create a demand. 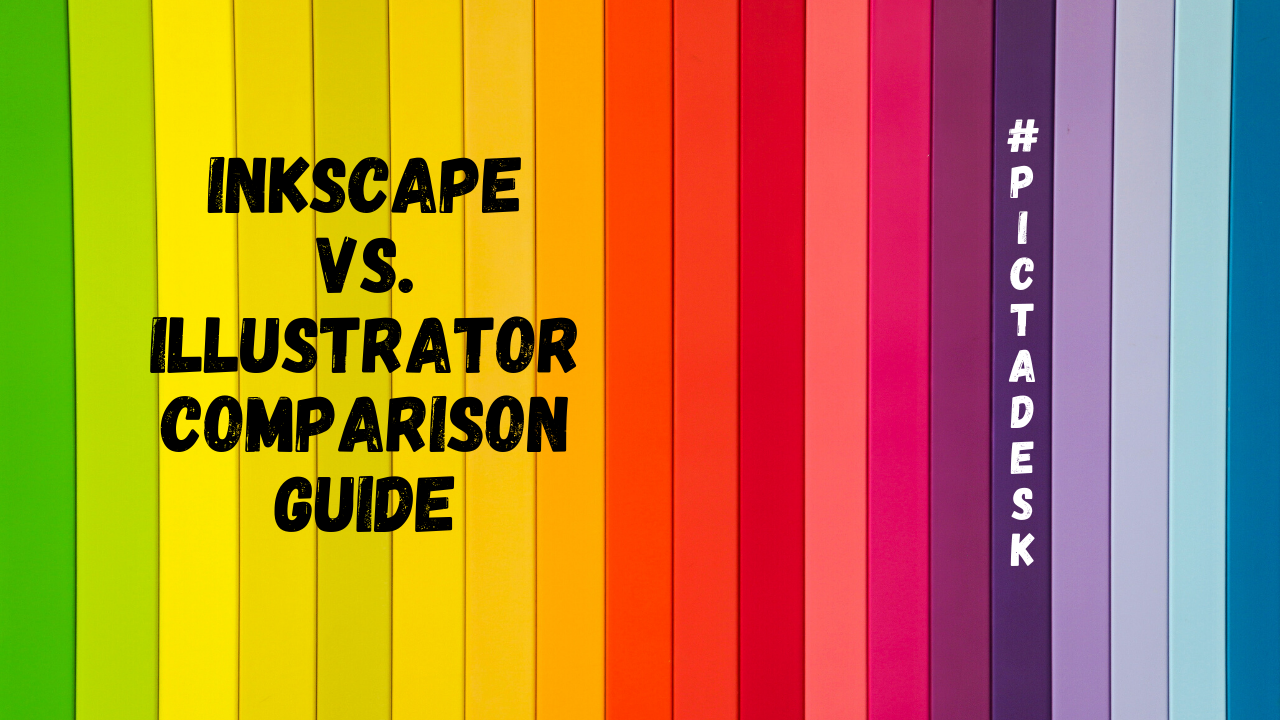 The craft of graphic design is developing at a supersonic speed. The scope of the field has increased over the years. With this, even the competition has increased by a significant margin. The future looks bright as various students from all over the globe are opting for something fresh, that is, graphic designing courses instead of opting for the traditional age-old courses. It is clear that there is a shift in the trend.

Along with talent, coding, creativity, and a wide scape imagination, a graphic designer also requires the right tools to create a masterpiece. Various software tools are available in today’s virtual market. Many of them created by software giants constantly innovating and working on ideas. All the basic requirements of a graphic designer have been met.

As we all know, there are two types of computer graphics, namely raster graphics and vector graphics. Both of them have a variety of applications and are used extensively for different purposes. Explaining briefly, rooster graphics is a dot matrix structure made up of pixels which can be stored in a jpeg format and can be viewed through a monitor, paper, or any other display method. Raster graphics have a limited amount of pixels due to which they become blurry when zoomed in. The file size is usually larger for a raster graphics file. It is mainly used for detailed images.

These anchor points can then be connected to make any shape in mind. The main highlight of vector graphics is that scaling in or zooming in does not affect the quality. It is mainly used for images with less detail. The file size is usually smaller for a vector graphics file. It can be used in logos, texts, and/or illustrations. Both vector and raster graphics can be converted into each other.

When both the graphics are scaled-down, it is hard to tell the difference. Ironically, both the type of graphics were invented and used around the same time, that is, in the 1960s. Another difference worth noting is vector image files are easier to modify than raster image files.

Technology is associated with growth. It does not seem to have any kind of boundaries. Using the right combination of technology and knowledge, even complex tasks can be completed using minimal effort. With the growth of technology, there is a growth in the competition.

Aiming at the same outcome, we have multiple options in front of us. One such arch rivalry worth noting is that between ‘Inkscape’ and ‘illustrator’. Both of these software tools have been created to develop vector graphics. We will now be differentiating between the two popular software tools to shed some clarity.

Inkscape is a member of the Software Freedom Conservancy, a non- profit organization. It is a professional quality vector graphics software that runs on Linux, Mac OS, and Windows platforms. It is free of cost and is an open-source graphics editor. Inscape took over three years in development. It uses the standardized SVG file format as its main format, which is supported by many other applications including web browsers.

It can import/export various file formats like PNG, SVG, PDF, PS, and EPS. It has a user friendly interface/GUI and also has multi-lingual support making its operation easy for people all over the world. It can also be customized with various add-ons to choose from. With this comprehensive feature set, it sets a bar in its field. It is smooth but stable at the same time.

Being open-source software, Inkspace brings a lot to the table and also is community-oriented. It is hard to complain when a top-notch software is available for free of cost.

Illustrator is a part of the Adobe creative suite and is much more widely used than Inkscape. Adobe Illustrator was reviewed as the best vector graphics editing program in 2018 by the PC Magazine. It runs on Windows 10 and macOS Sierra and later platforms. It is perfectly compatible with Inkscape. It also supports SVG (Scalable vector graphics) which is the native format of Inkscape. It is not a free source software and has to be bought.

A few of the basic tools and features offered by Illustrator are vector tool, wrinkle tool, smooth tool, reflect tool, mesh tool, color synchronization, auto spell-check, etc. In short, it offers all the features that Inkspace offers but at a price. It also has a bunch of features that Inkspace is still missing out on like the pathfinder, live paint, vector-based effect and charts to name a few.

Illustrator also has in-app troubleshooting support. It is a small touch but goes a long way. The customer support of this software is up to the mark and it also contains a number of tutorial videos in order to make familiarize the users about the basics.

Also Read: How to Get a Netflix Student Discount?

To conclude, each of the above software tools is special in their own way. Every user has a different preference. The requirement of every user also differs from each other. But when the argument is about the price, Inkspace wins by a big margin as it offers plenty of features free of cost. Inkspace is a better option for newbies while Adobe Illustrator is a better option for those who have a tad bit of experience in the field of design and are considered to be professionals.